Getting a 2nd Opinion: An Inpatient Perspective 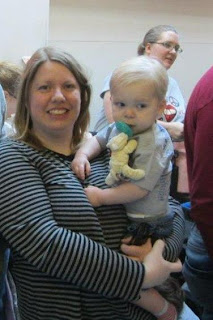 Hopefully this subject never pertains to your child, but if it does, I hope this post will help you navigate the process easier.

A little background – My name is Teri Chrislip. My son, Finley, is 23 months old and is 13 months post Glenn. He was discharged five days post surgery on a low fat diet with a blake drain due to chylous effusions. They told us that it could take up to six weeks for it to resolve. His surgeon felt we were capable of managing his care at home during this time. We had no idea it would turn into a six month nightmare. Finley was in and out of the hospital multiple times due to electrolyte issues caused by the drainage. Those stays included two caths, one of which turned into an emergency open heart surgery. We finally came to the realization after rushing him to the emergency room with labored breathing which led to another PICU admission that we needed more input. We made a verbal request of our team that day to send his records off to Boston to get a second opinion. He was averaging 30 ounces of drainage a day. Six days later, Finley coded and we made the decision that a second opinion was not enough. We wanted a transfer.

My inner mama bear went in overdrive. I contacted another heart mom to help us seek our own second opinion from Boston because we were not having luck working with our home team. She put us in direct contact via email with Dr. Jim Lock, the head of cardiology in Boston. Thankfully, upon reviewing his file, Dr. Lock felt he could help Finley and wanted him transferred to Boston so he could perform a life saving cath. Because his plan could not be implemented at our home hospital, Finley’s air medical transfer was approved in three days. Dr. Lock performed his cath four days after our arrival in Boston. Within eight weeks of that cath his drains were removed and we have been home for over seven months straight! We are still weaning diuretics, but Finley is doing amazing. He has gained over six pounds and is making huge strides in his development.

Below are the steps I suggest for any parent seeking a second opinion and/or transfer when your child is in critical condition:

1. Pick the hospital you want to seek a second opinion from and contact them directly yourself. If seeking a transfer, I would narrow it down to one hospital. In my opinion, if you do not narrow it down, you could get two different opinions that could hold up the transfer process. If requesting a second opinion only, you could request opinions from several hospitals. Each hospital is a little different on how they handle second opinions and/or transfers. Advise them that you have a critically-ill inpatient child and your needs are very urgent. They will provide you the requirements on what information they need to prepare a second opinion and where to have it sent. Most hospitals will request your most recent echo and cath (on disc) along with recent surgical and inpatient reports. If you do not already have a cardiologist and surgeon in mind, they will likely assign one for this process if it is required. Our home hospital would not send files without them being directed to a specific doctor(s). If you are unsure on who to contact or how, ask your fellow heart moms. Most top hospitals have a dedicated phone number or email address specifically for second opinions. Scour their website; I know Boston has each physician’s email addresses listed.

2. Once you know what you need and where to have it sent, put your request in writing to your current team. This was one of our biggest mistakes. We lost an entire week by starting with a verbal request that was not followed through on. Be sure to include a deadline of when you expect them to have the files sent. We gave them 24 hours due to the extreme critical situation. Just prepare yourself that it could get confrontational. If only asking for a second opinion, some doctors may take it personally. If asking for a transfer, some doctors and hospitals will be worried about being accused of negligence. They may be scared that the new team could find errors they made, simple things they missed, etc. As soon as we notified them of our intentions to transfer, we had more doctors involved in Finley’s care than we had the whole time! The attending cardio had not been in to see Finley for the entire week prior to our request. Trust me, no hospital wants a lawsuit on their hands!

3. Contact your insurance company immediately to see what their requirements are for a transfer. They are pretty hard to get approved, especially air medical transfers. We had a wonderful nurse case manager that helped us facilitate our request. The biggest issue in getting a transfer approved is that the receiving hospital must be proposing a plan that your home hospital cannot implement, and your home hospital must admit that to your insurance company. If not, most insurance companies will not agree to a transfer, suggesting instead that your home hospital implement the plan laid out in the second opinion. If so, you can appeal that your home hospital is not as capable as the proposing hospital and the outcome would not be as favorable which would cause a longer hospital stay. We voiced our unhappiness with our home hospital and the poor care he had received. Also, he had already had several surgeries and lengthy, expensive stays with no results. So in the end, I am sure they justified that the costs to transfer him to a hospital that could hopefully resolve his issue was far less expensive than to continue the path we were already following at our home hospital. As we all know, the insurance company will weigh the costs versus outcome.  Your other option is to pay for the transfer yourself, but it is very expensive. Our air medical transfer one way was $36,000 with insurance negotiating the rate to $18,000. You could also check into Angel Flights or other organizations that help with medical transfers. Typically one parent can fly with the child. I flew with Finley and our social worker at our home hospital provided us a prepaid round trip commercial flight for my husband.

4. If transferring, contact the social workers at the hospital where you are transferring about parent lodging and other services available. In Boston, only one parent can sleep in the room with the patient. Since we both were there, we had to make lodging arrangements. We were provided with a sleep room while he was in the CICU. Once he was moved to the floor we had to find other arrangements. Each hospital has different parent lodging available, so check with the social worker on your options. Also, your meals will begin to add up. Be sure to check to see if there is a meal voucher program, especially if you are breastfeeding. It may be only a few dollars a day, but depending on the length of your stay it could be a big help.

Remember, if you are ever in the unfortunate situation of needing a second opinion and/or transfer it is not your fault. Do not be afraid to ask for and accept help from as many people and organizations as you can. Even though we had traveled to Boston for vacation previously it was still scary. We knew the ins and outs of our home hospital and lived only 30 minutes away. Taking a medical flight half away across the country and having our child admitted to a new hospital was overwhelming at first. Just remember, you have been through a lot already and you can do this for your child.  Just put one foot in front of the other, one step at a time!