In June, Sisters by Heart President, Stacey Lihn, presented at the Mended Little Hearts' National CHD Symposium.  Following, she was able to meet and talk with HLHS parents across the country.  Jen DeBouver is one of many parents that inspired Stacey, and we've asked Jen to share her journey and advocacy efforts - to educate parents on the risks of blood clots in our CHD community and how you might be able to help.
The Asher James Foundation
by Jennifer DeBouver 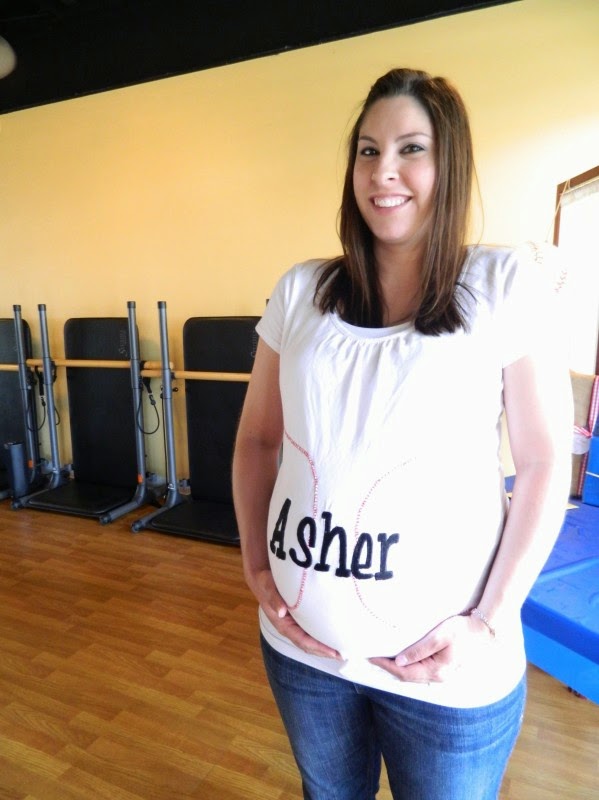 When I was pregnant with my son, my second child, I thought nothing could go wrong – not this time. I had just lost my daughter Olivia at 27 weeks. She no longer had a heartbeat the doctor told us. When it came around 26 weeks of pregnancy with Asher, I was a nervous wreck. My husband and I were at a 26 week check-up when the ultrasound tech left to get the doctor. I couldn’t believe something was happening again around the same time as Olivia. When the doctor returned, he told us that he wanted us to get a second opinion on Asher’s heart because he saw something but wanted to make sure. 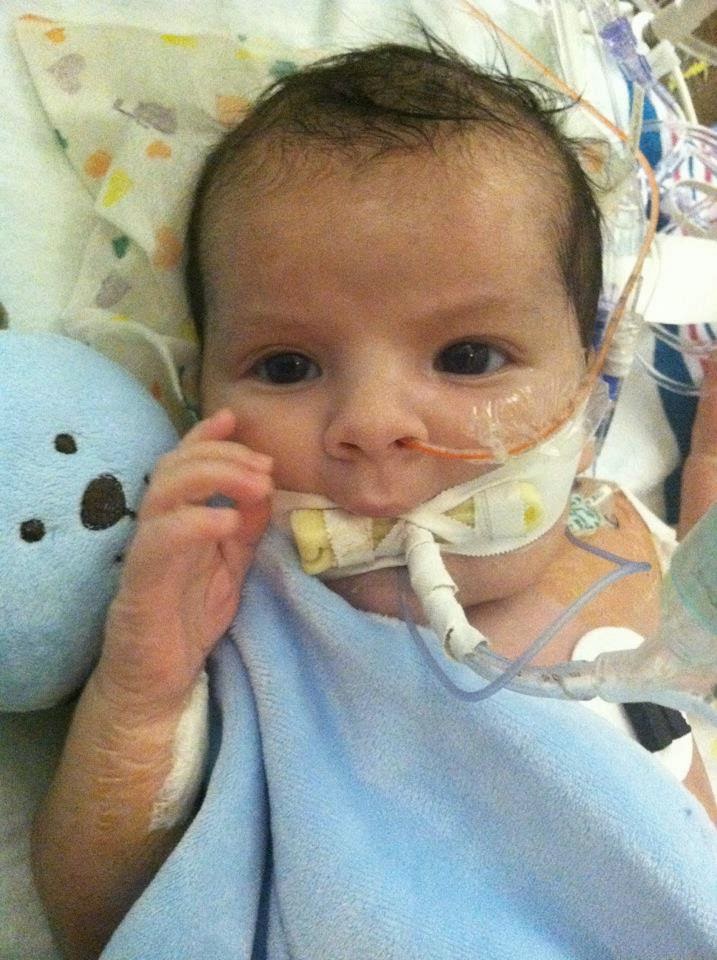 Asher rocked every procedure and was doing amazing. But at 4 weeks old all that changed. One day Asher looked amazing and then the next he started looking red and puffy and continued getting puffier from there. After 2 days of being swollen, we found out that blood clots had developed in his jugular veins and arms, restricting blood flow from his head to his heart. The hematologist tried different medications on him, some seemed to work and some didn’t. She told us that they were using scaled down adult medications because there aren’t any medications designed for children. She also told us that there weren’t any foundations supporting blood clots in children. 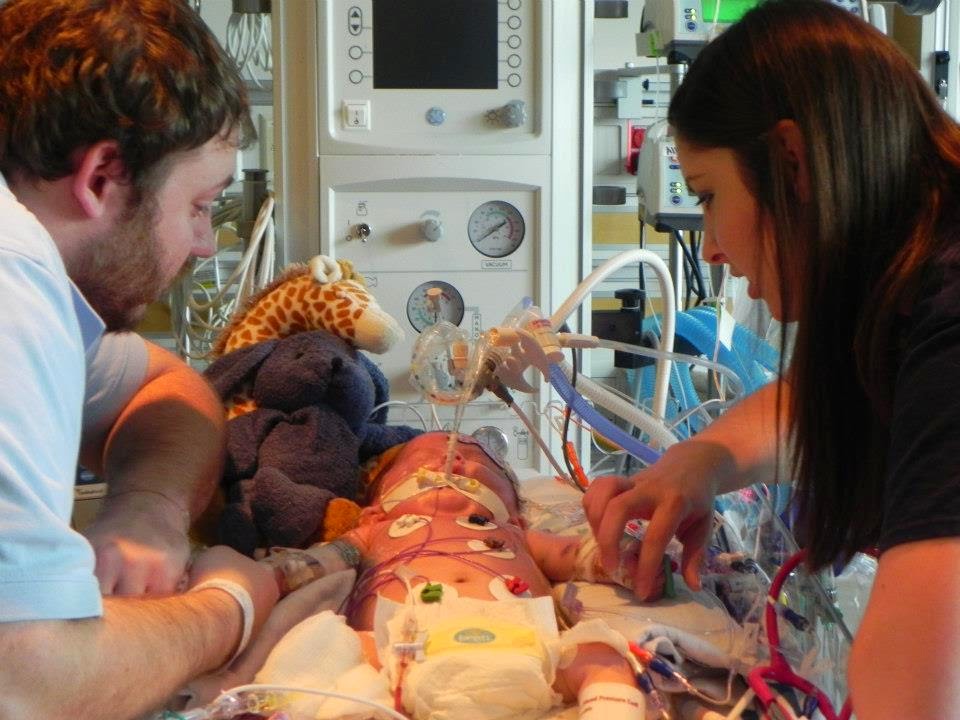 Asher lived for 6 weeks before he lost his battle to these blood clots on October 23, 2012. After everything that his hematologist told us, I knew that I wanted to continue Asher’s fight by starting a foundation in his memory for children’s blood clots. So a few months later, my husband and I started the Asher James Congenital Heart Disease & Thrombosis Foundation. We wanted to let others know that their children were at risk for clots when hospitalized because we had no idea this could happen until it happened to us.

This year we held our first Children’s Blood Clot Awareness Day at Ann & Robert H. Lurie Children’s Hospital of Chicago to inform families and staff of blood clot awareness. We spoke on Capitol Hill to both Congress and the Senate on children’s blood clots and shared Asher’s story. 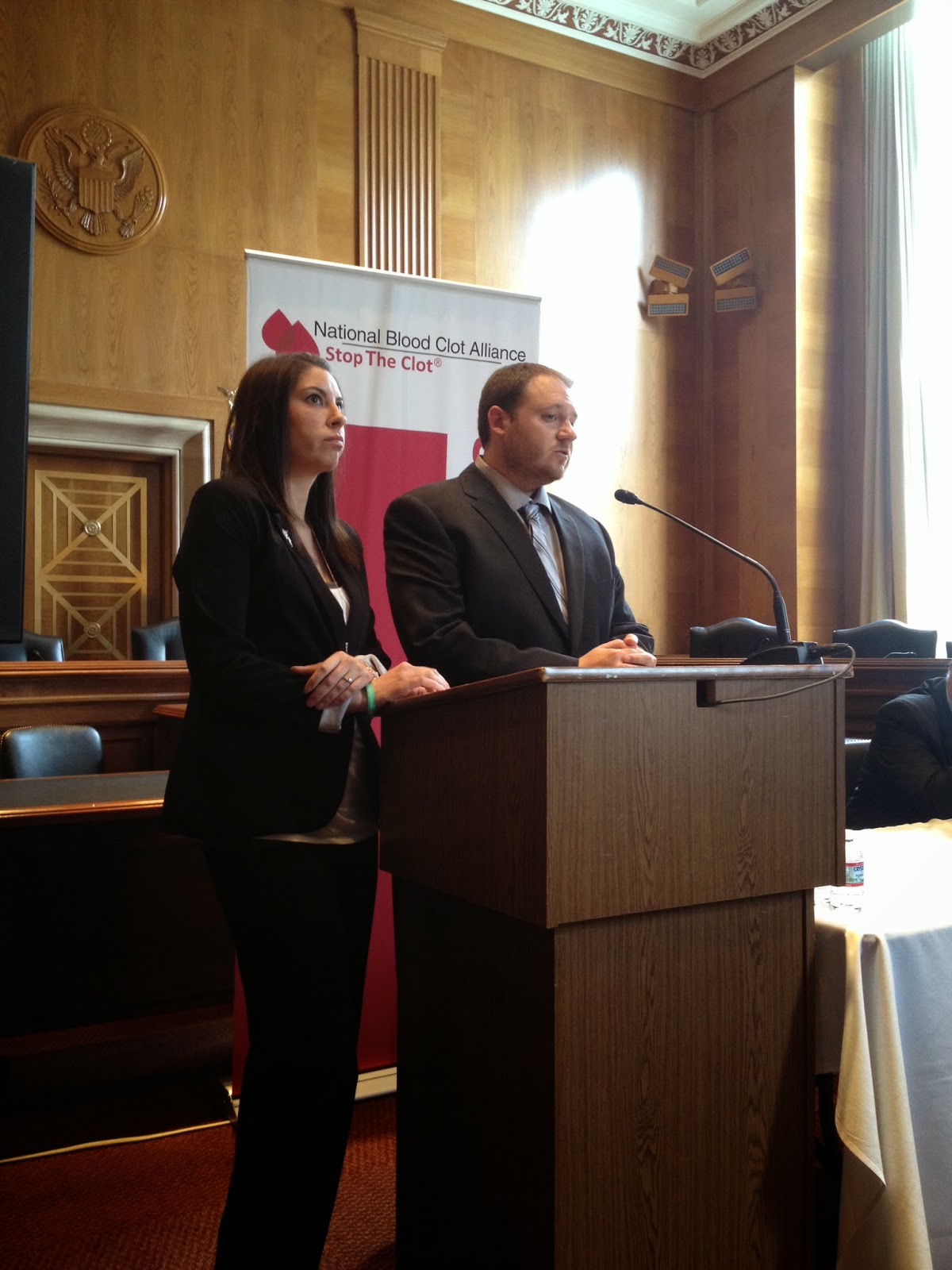 In the Fall, we are holding our first blood clot awareness walk. We know that Asher is still with us and is making a difference in children’s lives and we continue his fight through awareness, and one day, research in children’s blood clots. Find out more about our foundation at www.asherjamesfoundation.org.

Thank you, Jennifer, for sharing Asher's story and your courageous fight to raise awareness and answers for both the CHD community and all children at risk for thrombosis.  Feel free to "like" the Asher James Foundation on Facebook at https://www.facebook.com/asherjamesfoundation and show Jen your support by commenting on the Foundation's page and/or sharing your story about how thrombosis/blood clots affected your CHD journey.

Wednesday, December 4, 2013: Take Action: Be Part of the Solution

Monday, November 18, 2013: A Mother's Perspective: The Other Sibling

Wednesday, November 6, 2013: A Unique Opportunity with What to Expect

Monday, May 13, 2013: A Heartfelt Donation: Medical Masks in Anya's Memory

Monday, April 22, 2013: Parent's Perspective: What to Pack for the Hospital

Thursday, April 18, 2013: Getting a 2nd Opinion: An Inpatient Perspective

Monday, April 15, 2013: Getting a 2nd Opinion: An Outpatient Perspective

Friday, February 1, 2013: A Unique Collaboration: SBH and the NPC-QIC